Our dogs quickly become our kids because we love them so much.

They hold a special place in our hearts as a valued member of the family.

Sadly, one family was struck with possibly losing their beloved dog one night during a home invasion in May 2018.

As the family slept, four burglars invaded their home. One of the intruders pointed their gun at the now-awake father.

Their dog, “Lefty” jumped into action coming in between the gun and her owner to protect him.

As the gun fired, the impact of the bullet shattered Lefty’s shoulder and tore through tissue causing extensive damage.

The family rushed Lefty to Atlantic Animal Hospital in Accomack County, Virginia where the injured dog was in shock and bleeding heavily.

She was taken into surgery immediately where the veterinarian was unable to save her leg where the shoulder was shattered. 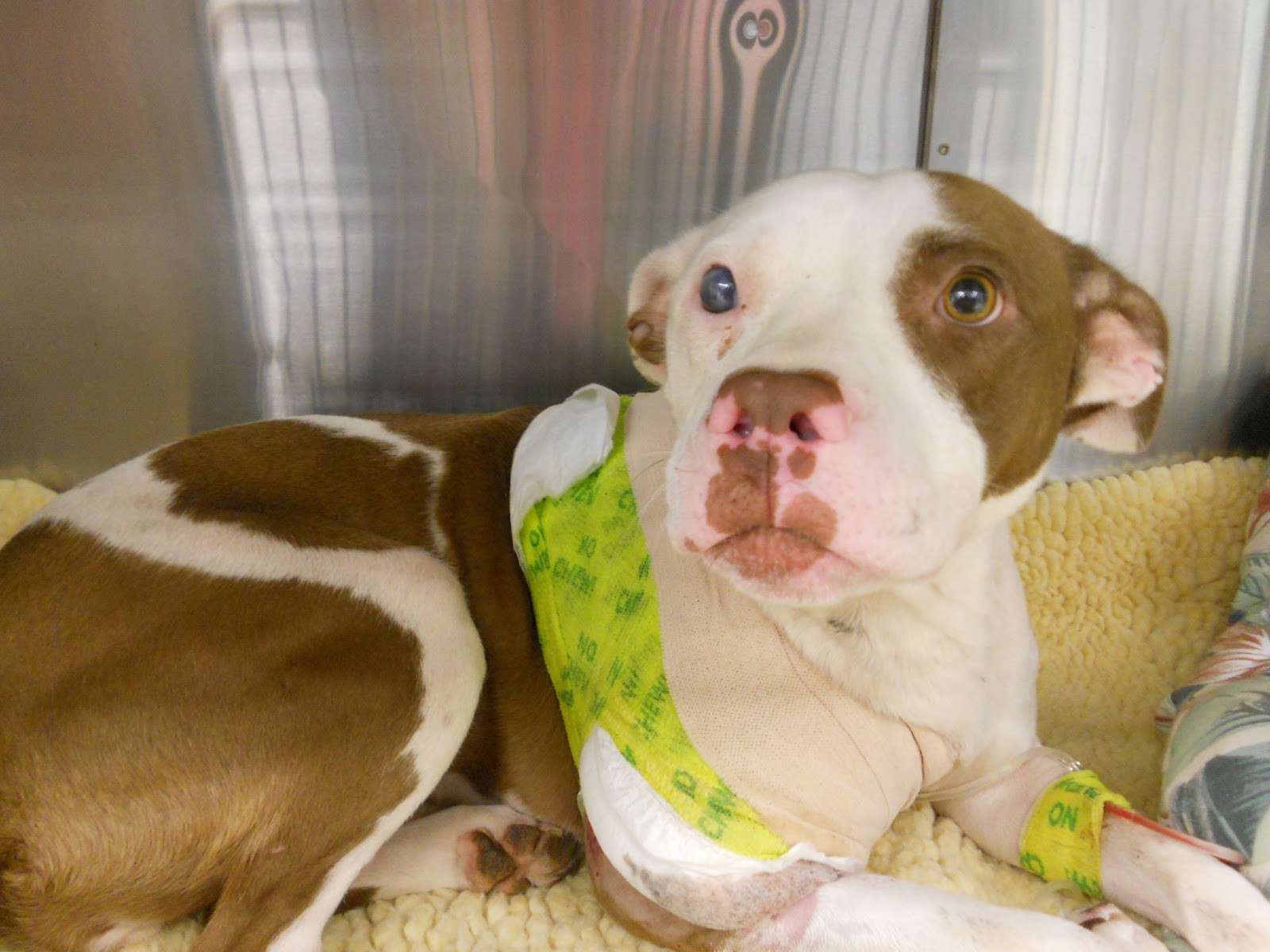 Lefty’s medical expenses were more than the family could afford so Atlantic Animal Hospital went into action to help them.

They made a post on the hospital’s Facebook page asking for donations to help pay for Lefty’s surgery.

A little miracle was given to Lefty’s family because the entire medical bill was paid off with donations within days after the hospital posting it.

Lefty is an example of how a pit bull was socialized and trained to be a loyal and gentle pet.

She made the ultimate sacrifice to protect her owner.

If other pit bulls were given that same opportunity, there would be less stereotyping of this breed.

RELATED:  Two Frightened Pitbulls Left To Die In The Streets

All they want is a place in a family to be loved.

That love and acceptance are what prompted Lefty to act without hesitation to dive in front of a speeding bullet.