Effective July 10, 2018, dogs that are “pitbulls” or “pitbull” mix breeds will not be permitted on Delta Airlines as service or support animals. Delta Airlines has placed a ban on allowing any service or emotional support dogs that are pitbull or pitbull mix.

What is interesting is Delta Airlines has been quite vague in what they define as a pitbull-type dog.

How are they going to decide if a dog is a pitbull? Will they deny a service or support dog based on how a dog looks or acts?

The decision to place the ban is based upon dog bites and attacks that have occurred in 2016 and 2017.

During this time, employees of Delta were bitten and passengers attacked or bitten by service and support animals. In 2017, a Labrador Mix dog attacked a passenger. Delta Airlines failed to note the breed in the incident report.

The new ban Delta has is based on breeds that are more prone to attack or bite.

Delta has a new policy in place now that limits passengers to one service or support animal that is not a pitbull or pitbull mix.

They have decided to put this ban into effect because of the peak travel season of summer.

Delta states that this ban is helpful to maintain a tighter control over animals allowed on flights.

The safety of passengers and employees are Delta’s priority while supporting the legitimate needs of those that do require a service or support animal. To entirely ban pit bulls and pitbull mix is questionable at best while other animals just as dangerous (snakes, possums, etc.) are allowed on Delta Airlines.

Breed Discrimination or Not?

Breed discrimination is wrong and warrants attention from Delta executives to further investigate and readdress the ban.

Make the determination to ban breeds based on facts and not stereotypical opinions or beliefs.

Pitbull and pit bull mix owners have the right, and the choice to select other airlines to use and dog owners, in general, may opt to leave Delta as well.

Discrimination on specific breeds not only affects the animals, but infringes on the rights of animal owners worldwide. 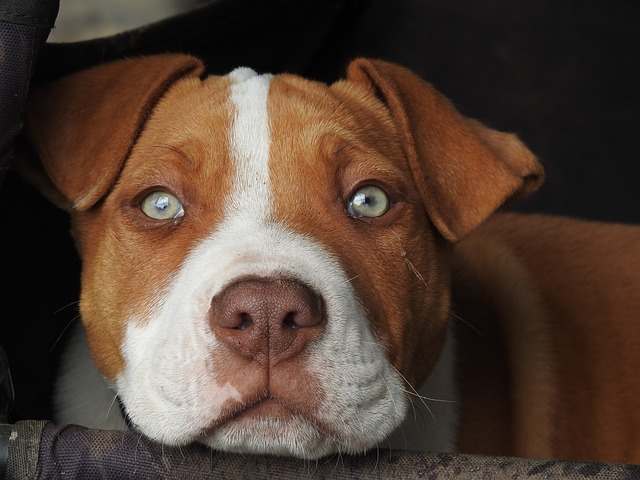 Unfortunately it seems like this airline just jumped on the bandwagon, where the thought is all “pitbulls” are dangerous.

(not all dogs that look like “pitbulls” are pitbulls)

We challenge Delta Airlines to follow some of our amazing pawters and then tell us if all “pitbull” type dogs are dangerous. “I guess me and my human will be flying another airline!”