Doug, the pug, has a large circle that spans the world with his celebrity-dom.

He is perhaps one of the few canines with a following equivalent to famous musicians and actors.

He has been featured in and many more! Not only has he been in print for the whole world to read about, but he makes appearances with celebrities.

Doug’s social media accounts are bursting at the seams with millions of followers. He leads a life of travel, photo shoots, TV appearances, interviews, and more.

Doug, the pug, is seven years old and lives with his pet-parents in Nashville, Tennessee.

His mom, Leslie Mosier, has been passionate about pugs since she was a little girl. She had dreams of getting a pug and naming it ‘Doug.’

Seven years ago she fell in love with a puppy she adopted. He is now known as ‘Doug The Pug.’

Her photos of Doug became quite popular with dog lovers. Doug has a unique personality that shines through when he is in the spotlight.

Leslie’s photos found their way to Brian Koerber, a reporter with Mashable. He saw something different in Doug’s photos and knew this pug has talent.

Koerber did a feature article on Doug, and things literally took off from that point forward for Leslie and Doug!

Leslie made the decision to quit her job and market and manage her precious pug full time. 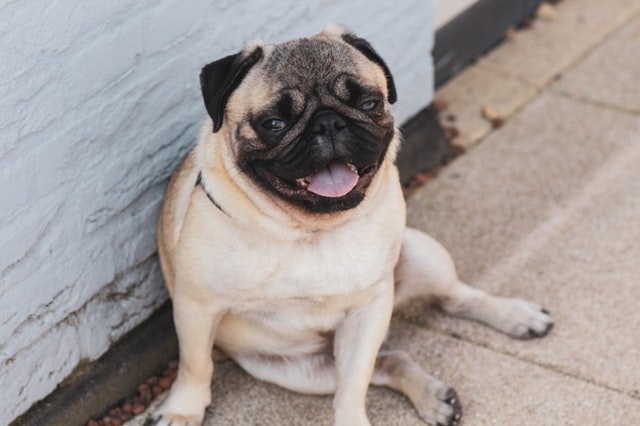 Her background in social media marketing gave her the foundation to build a brand around Doug.

RELATED:  3 Things to Consider Before You Adopt a Rescue Dog

Her childhood dream of owning a pug has undoubtedly gone above and beyond her expectations.

Quickly becoming an ‘A-lister’ among celebrities, magazines, television producers, and reporters, Doug the Pug went from an average dog to a canine sensation.

Doug made a guest appearance on the American Country Music awards in 2016 wearing a baby blue Porter-Waggoner-inspired suit with a red scarf tie.

Doug has an exclusive line of ‘Doug The Pug‘ merchandise through ‘Claire’s.’

Many items ranging from stuffed toys to bags to hats can be found with Doug’s image on them.

We recommend the Doug the Pug Bianchi Pizza Shirt Plush Toy if you’re a fan of pugs and Doug! 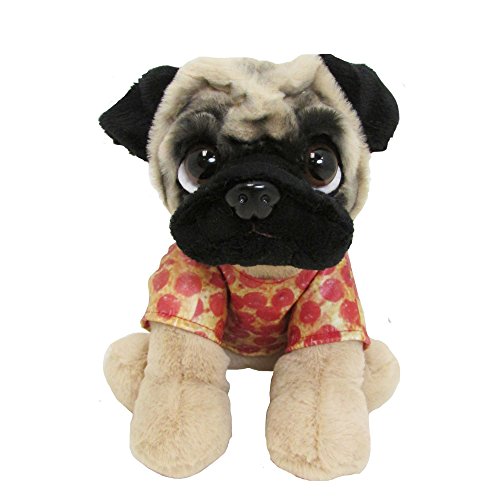 Puzzles, calendars, and notebooks featuring Doug the Pug can be found on various sites such as Amazon.com, Target.com, Goodreads.com, and so many more!

Upon completion of her biographical book about her and Doug, Leslie and Doug made appearances at book events around the country.

Books About Doug The Pug

Doug’s mom, Leslie, has made a compilation of various videos of Doug depicting characters in famous movies, television sitcoms, commercials, and songs.

As you watch each one, you can’t help but laugh.

The series starts with Doug and a few other pugs portraying the actors on the opening intro of the show, “Friends.”

Following you will find Doug posing as one of the rulers on “Game of Thrones.”

It is a must-see because it brings joy to a dog lover’s heart to watch each tribute.

Doug’s mom, Leslie Mosier, has made Doug into a star.

Her love, devotion, and passion for Doug and pugs, in general, are apparent through Doug the Pug branding.

Whether your pug is an A-lister like Doug the Pug or a an averge canine companion, they are each special and unique in their own way.

That’s why we love them so much!