The winners of the photo competition were two rescue Pitbulls named Atticus and Oliver (or, Atty and Ollie for short).

However, these two pups serve a far greater purpose than winning a photo contest. 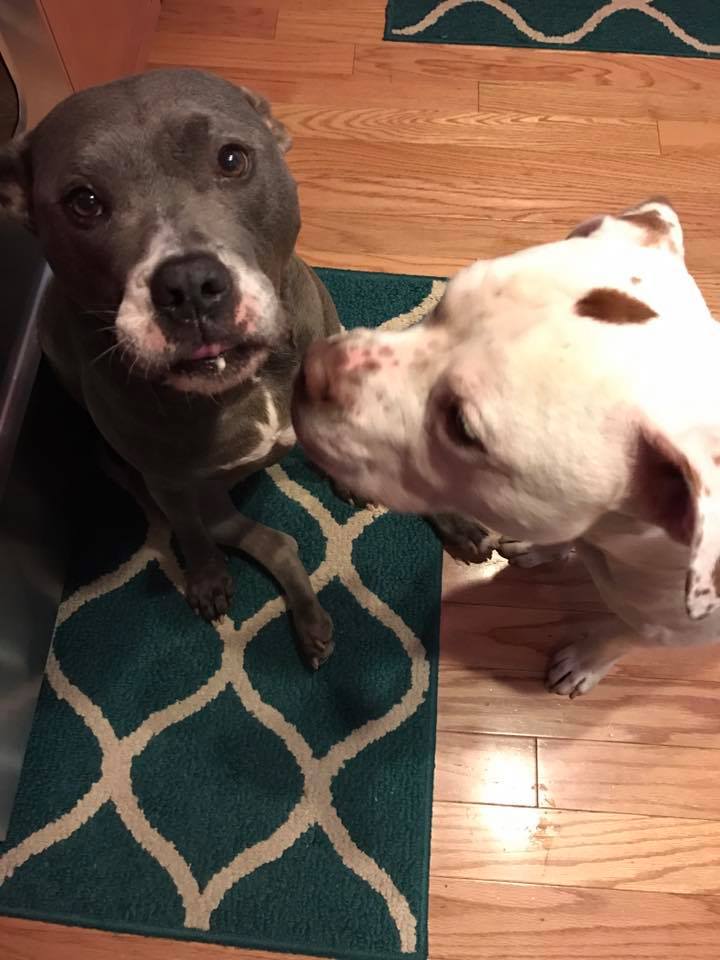 The woman who adopted Atticus and Oliver is a hairstylist in North Carolina.

She explains that before she adopted her Pitbulls, she was actually quite afraid of dogs and that she didn’t like them very much.

Atticus was the first pooch she adopted.

“I had been scared of all dogs my whole life until I met Atticus,” she stated. “Now, I love them all, especially pitties.” 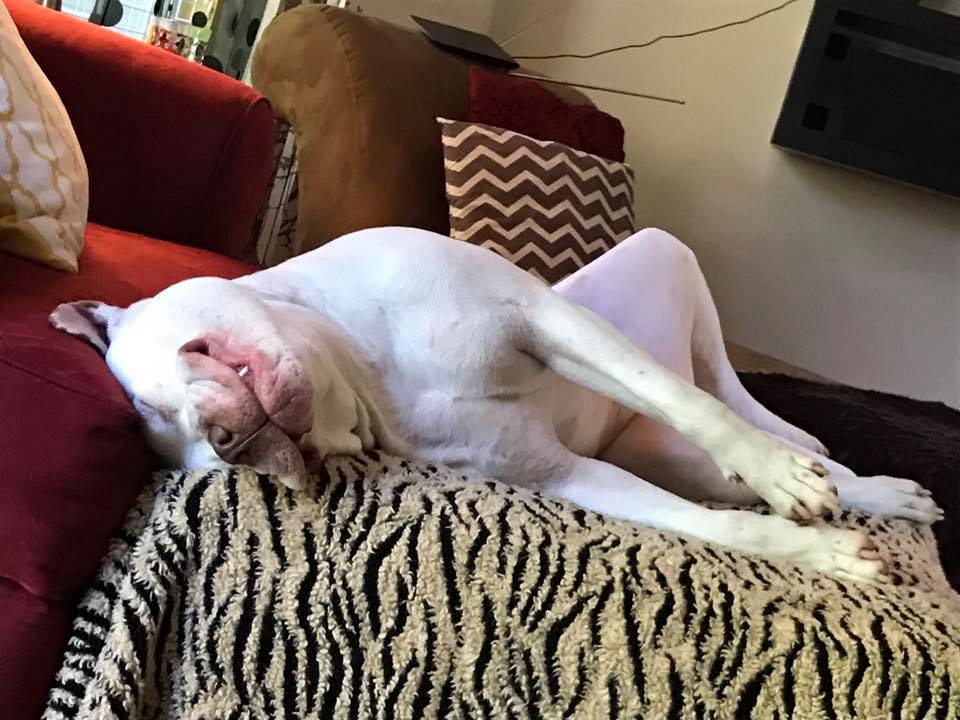 Atticus and Oliver love their mom!

They also enjoy passing the time by snacking on cookies, peanut butter, antlers as well as their mom’s pillows and furniture.

She also states that Atty and Ollie also enjoy napping and playing dress up!

These two adorable Pitbulls accompany their mom when she volunteers at the local domestic abuse shelter.

Atticus and Oliver may not be certified service dogs, but they act as good company and a warm embrace to the victims there.

However, it is worth mentioning that in 2012, Atticus passed the Canine Good Citizen’s test!

Their mom bravely states, “I am a survivor of domestic violence.

Before I adopted Atticus, I couldn’t bear the thought of getting up daily and going to work. I was so depressed.

RELATED:  9 Things You Shouldn’t Do Unless You’re A Pug!

When I saw his face, I just knew I had to have him. I now had a companion to take care of and to love.

One who loved me back like no other love. I was out and about in no time after that.”

She feels that her Pits had helped her through the toughest time in her life and gave her strength when she had none that she wants to allow Atticus and Oliver to do that for others as well.

Regrettably, we live in a world where things like domestic violence happen and is often not talked about.

Fortunately for this Pitbull mom and countless others, there are souls out there that offer love, compassion, empathy and strength.