He is well-known for his various roles in film, television as well as on stage.

However, Stewart has more recently become a Twitter sensation because of a special four-legged pup! 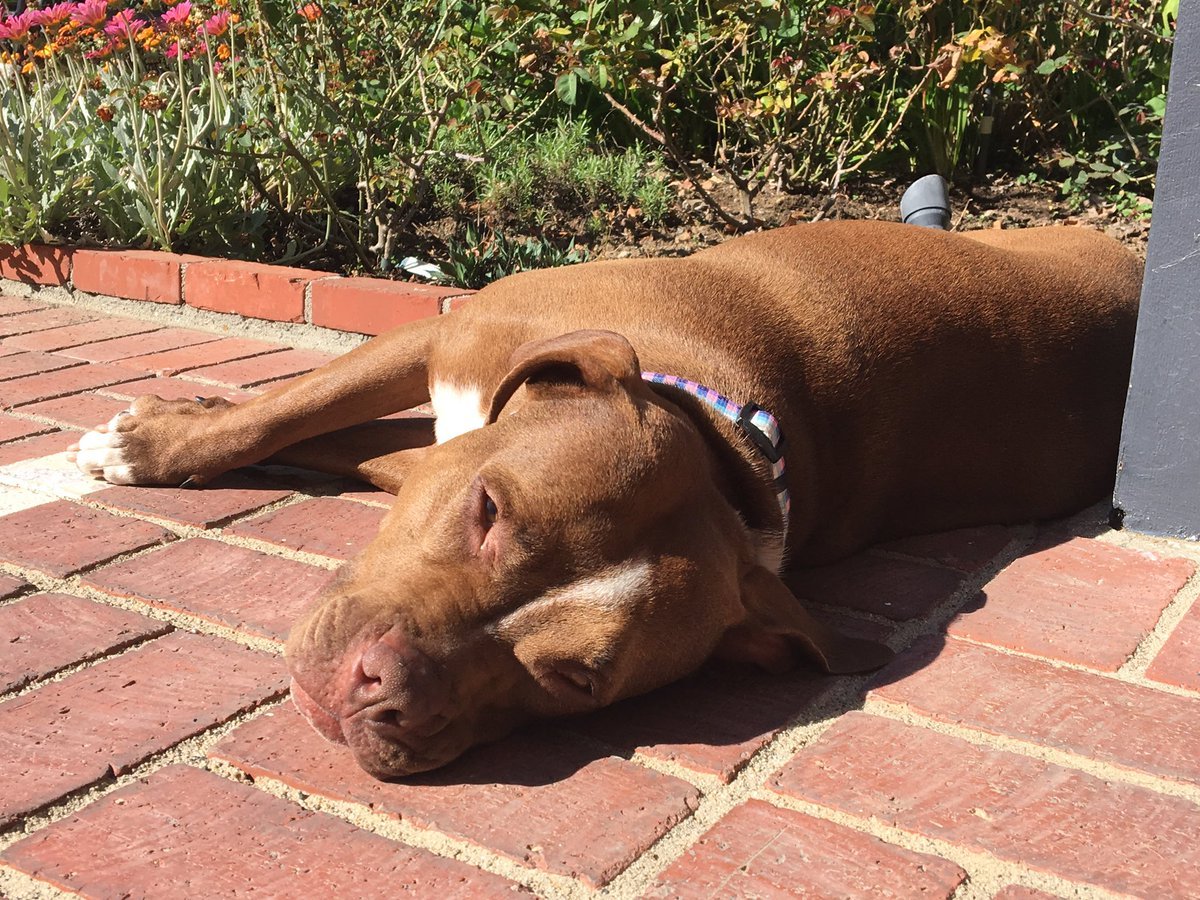 The post associated with the video reads “Thanks to @ASPCA and @WagsandWalks, @madameozell and I are finally fostering our 1st pitbull! Meet Ginger. I’m in LOVE. #AdoptDontShop #pitbullsofinstagram #pitbulls.”

Thanks to @ASPCA and @WagsandWalks Sunny and I are finally fostering our 1st pitbull! Meet Ginger. I’m in LOVE. #AdoptDontShoppic.twitter.com/VQUBDvZhi9

The video begins with a woman (obviously doing the filming) getting ready to capture a special moment for Sir Patrick Stewart.

“Here she comes!” the woman says with excitement in her voice. “Are you ready?” she asks Stewart.

The video then pans over to show Sir Patrick Stewart, dressed casually, and starring out a window near the front door, grinning oh so joyfully!

The woman behind the camera tells him to open the door.

The video then captures a beautiful red and white Pitbull on a leash coming up the sidewalk towards the front door and more importantly, towards Sir Patrick Stewart.

Without hesitation, Stewart kneels down to greet this beautiful pooch, “Hi Ginger!” he exclaims.

The woman behind the camera can also be heard speaking to and welcoming Ginger into their home, both with excitement in their voices and Ginger wagging her tail and smiling on!

RELATED:  Homeless, Hurt, and Hiding - The story of a young pit bull’s rescue after someone saw her get struck by a car.

Stewart sits down next to Ginger on the floor and without missing a beat; Ginger lays some slobbery doggie kisses upon his face!

“Thank you for that! That was a very nice greeting!” says Sir Patrick Stewart.

It is evident to all 208.7 thousand viewers of this video that Sir Patrick Stewart, the woman behind the camera and Ginger have indeed started something wonderful together!

In fact, Stewart’s Twitter page continued to post pictures and videos of Ginger’s moments in their home, by the pool and even snuggling up for a snooze!

While the original Twitter video post states that Sir Patrick Stewart is fostering Ginger, many of his Twitter followers have strong doubts that she will remain a “foster dog” in the Stewart house!