A Pitbull puppy was completely infested with mange when Joey Wagner found him.

Wagner is an animal rescuer of marine life in Nova Scotia, Canada.

After finding the infected pooch, Joey took him to the Vet to be evaluated and treated for mange.

Mange is a skin disease common in various mammals (and can be contracted by humans).

The disease is caused by tiny parasitic mites which lead to intense itching, lesions, scabbing, and even severe hair loss.

Unfortunately for this Pitbull puppy, the mange had been left untreated for so long that he had indeed lost his hair and had lesions all over his body.

Wagner returned to the veterinary office to check up on the tiny pup that he brought in.

Much to his delight, the puppy remembered his rescuer and was not shy about thanking him with head nudges and puppy kisses.

Wagner decided to name the Pitbull pup, Mojo and the two showered each other with affection for several minutes.

The employees at the animal hospital noted that Mojo had not been this affectionate towards them and they laughed as his excitement to see Joey grew! 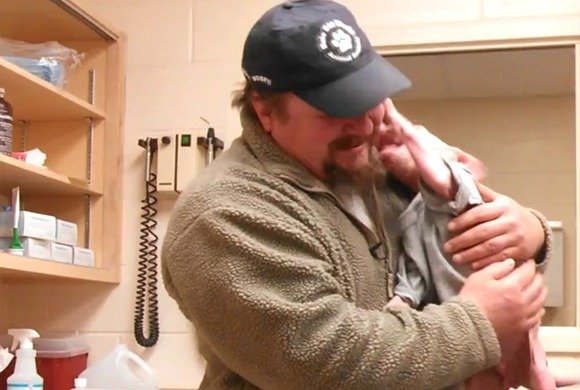 Wagner scooped up the tiny puppy and stroked his head.

He knew that Mojo had been through a lot and still had some recovering to do.

Hairless and weak, Mojo continued to show his love to Joey and Joey did not hesitate to reciprocate. 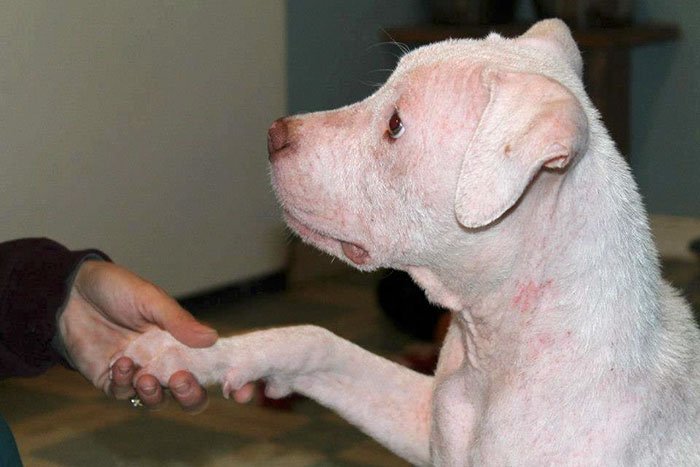 Mojo was given a second chance at life, thanks to Joey Wagner.

These second chances are needed far more than they are given.

Hopefully, by sharing Mojo’s story, more pups can be rescued and given a second chance that they so desperately need and ultimately deserve!